Marc Perlish is an Evanston photographer and the latest artist to be featured in our ongoing exhibition series Local Art @ EPL.  His striking new collection is currently on display on the 2nd floor of EPL’s Main Library where it pays “poetic homage to Bookman’s Alley and the bookstore’s imaginative creator Roger Carlson.”  You can catch his Bookman’s Alley series through the end of November, and after that, you can learn more about Mr. Perlish’s work by visiting his website.  We recently spoke with Mr. Perlish via email about the magic of Bookman’s Alley, his creative process, and his future artistic projects.

Evanston Public Library:  Where did the idea for your Bookman’s Alley series originate?  Can you describe your creative process?  What were the biggest rewards and challenges involved with the project?

Marc Perlish:  Bookman’s Alley bookstore had always been a favorite place of mine. I love the way Roger Carlson, the owner, treated each subject area as a realm of associations. Being there felt like visiting your grandparents attic, an antiquarian bookstore, antique shop, and sitting room from a previous era, all at the same time. When I first heard that Roger was planning on closing the shop I envisioned creating images that would remind or introduce viewers to what it felt like to visit the bookstore.

My intent was to create a poetic documentary. I used different approaches and worked through them exploring how they could be refined and developed to achieve my goal. For example, I photographed people holding books, reading and sorting through them, focusing on their hands and not showing faces. Another approach was to manipulate reflections by shooting through the glass doors of bookcases and positioning what was reflected on the glass doors.

The creative process was extremely rewarding. It allowed me to explore various techniques and ways of creating images that would let the spirit of the store emanate. It was also very rewarding to feel that through the photographs I could capture a little of the magic of the place and share that with others. 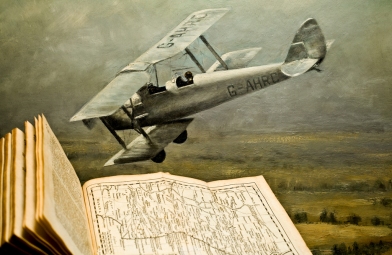 The primary challenge was how to render the subject matter and find a way to let the essence of the bookstore be revealed through the photographs. There were so many objects everywhere and my intention was not to simply document what was there. Another challenge was to explore ways of reducing views and create photographs that would isolate and combine subject matter into engaging compositions. The goal was to spin a web of engagement, and bring the viewer into that world, state of mind and feelings.

EPL:  Can you tell us about the book you’re putting together?  What are your future goals and plans as an artist?

MP:  I’m planning on creating a book in 2014 that will include a wider selection of my Bookman’s Alley photographs. As a musician, I’m also interested in combining original music with the photographs in an eBook, where each photograph will be accompanied with a unique piece of music.

My next project is already photographed and is based around the Chicago Marriage Court. I photographed approximately 100 couples, right after they were married, all in the same location, in a hallway adjacent to marriage court. Combining posed and un-posed approaches, I asked the couples to place their attention on each other, and to reflect on their mutual memories, for example, on their first date. I also asked them to communicate with each other without words. It was a fascinating experience and I’m looking forward to organizing and sifting through the photographs which will become a book.

Creating photographs that are observations of people and common things, that also happen to be symbols of a state of mind, are among the principal interests of my work as a photographer.