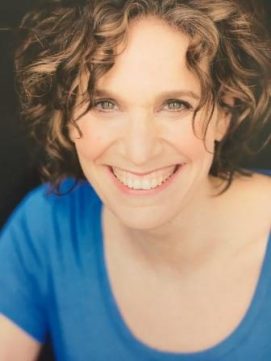 My name is Emily Grayson, and I live in Evanston with my daughter and husband in a very cool six-unit building with some of my dearest friends.  I hold a variety of great jobs around Evanston and Chicago: I work professionally as an actor and singer, I’m a standardized patient at the Feinberg School of Medicine, and I’ve been a massage therapist for the past 16 years and currently see clients at the Evanston Athletic Club.  In my spare time, I can often be found knitting, sewing, singing or drinking coffee at various Evanston locales.

This was the first in a series of books I read for a Black Lives Matter reading group I started last January.  It began a year-long discussion about race in America and the conversation has never been dull and has often been humbling.  Wilkerson’s book and its first-person accounts of the three migrants at the center helped to give us context for our subsequent reads, and I can’t recommend it highly enough.

END_OF_DOCUMENT_TOKEN_TO_BE_REPLACED

My name is Laurence Gonzales.  I was born in St. Louis, grew up in Houston and San Antonio, and live today in Evanston.  I am the author of numerous books including Deep Survival: Who Lives, Who Dies, and Why and it’s sequel, Surviving Survival: The Art and Science of Resilience.  This past year I was appointed a Miller Scholar at the Santa Fe Institute, and my book Flight 232: A Story of Disaster and Survival was adapted by the House Theatre of Chicago into a play that ran for a two months at the Chopin Theatre.

It’s hard to believe that this book about geology is a page-turner, but it is.

END_OF_DOCUMENT_TOKEN_TO_BE_REPLACED 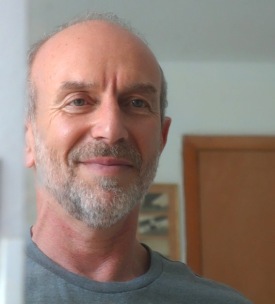 My name is Patricio Rizzo-Vast.  I love using the libraries, doing yoga and working out in the gym.  I also write poetry and paint.  I teach Spanish and Latino/Latin American Studies.

1)  The Pursuit of Ruins: Archaeology, History, and the Making of Modern Mexico by Christina Bueno (2016)

A local Evanston author who spent more than 15 years doing research on Mexican anthropology and the creation of the Mexican Museum of Anthropology, one of the best in the world. The book is very interesting and informative about the complexities of Mexico.

END_OF_DOCUMENT_TOKEN_TO_BE_REPLACED 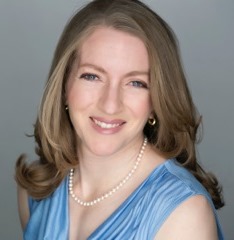 My name is Emilie Hogan, and I have lived in Evanston since 2005.  I am very happily married to my wonderful spouse, Bill Hogan, and the mother of four terrific daughters ages 15, 12, 10 and 8.  I am the Director of Advocacy and Community Engagement for the Frances Willard Historical Association, a Board member of Books & Breakfast, and a community organizer, activist and volunteer.  My hobbies are reading and CrossFit and my passion is learning new things.  I am an endlessly curious person!  I absolutely love the Evanston Public Library, and it is one of my very favorite places in town along with Bennisons, Boltwood and the Frances Willard House.

This is the story of a woman who travels back in time to help her ancestors on a slave plantation.  The story will challenge your thoughts about family loyalty and keep you on the edge of your seat from the first sentence.

END_OF_DOCUMENT_TOKEN_TO_BE_REPLACED 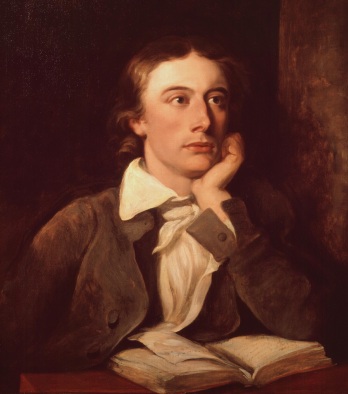 Another National Poetry Month might be in the books, but here at EPL we’ve got a fever, and the only prescription is more poetry!  So if you’re like us and April was merely an appetizer for your poetry hunger, you might enjoy feasting on this historic tidbit:  on May 5th exactly 200 years ago, the revered Romantic poet John Keats published his very first poem in Leigh Hunt’s The Examiner.  Titled “O Solitude!,” the sonnet began a remarkable and tragically brief career that saw Keats publish three celebrated books of poetry before his death from tuberculosis on February 23, 1821 at the age of 25.  You can read “O Solitude!” below, and then drop by EPL to check out the rest of Keat’s work.  You won’t be disappointed.

O Solitude! if I must with thee dwell,
Let it not be among the jumbled heap
Of murky buildings; climb with me the steep,–
Nature’s observatory–whence the dell,
Its flowery slopes, its river’s crystal swell,
May seem a span; let me thy vigils keep
‘Mongst boughs pavillion’d, where the deer’s swift leap
Startles the wild bee from the fox-glove bell.
But though I’ll gladly trace these scenes with thee,
Yet the sweet converse of an innocent mind,
Whose words are images of thoughts refin’d,
Is my soul’s pleasure; and it sure must be
Almost the highest bliss of human-kind,
When to thy haunts two kindred spirits flee. 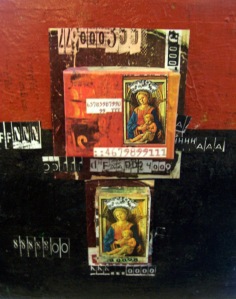 We are happy to introduce Chicagoland artist Hanna Eiler as the next to be featured in our ongoing exhibition series Local Art @ EPL.  From now through July 31st, nearly two dozen of her imaginative 3-D collage paintings will be display on the 2nd floor of EPL’s Main Library.  Depicting British royal history from Edward IV to Elizabeth I along with abstract ideas of quantum physics, Eiler strives to explore the moment when “the ideas of the past merge with the realities of the present and the future.”  You can find more of Eiler’s work by visiting the Museum of Contemporary Photography in Chicago. 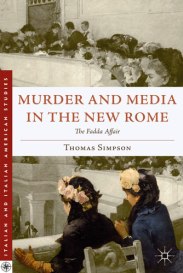 Dr. Thomas Simpson is a Distinguished Senior Lecturer in Italian at Northwestern University and the author of the recent book Murder and Media in the New Rome: The Fadda Affair.  Meticulously researched in the libraries and archives of Italy, his book offers a fascinating exploration of “a sensational crime and trial that took place in Rome in the late 1870’s, when the bloody killing of a war hero triggered a national spectacle.”  On Thursday, January 31st at 7 p.m., you can hear Dr. Simpson discuss and read from Murder and Media in the New Rome when he visits EPL’s 1st Floor Community Meeting Room as part of the Evanston Northwestern Humanities Lecture Series.  In anticipation of his visit, we recently spoke with him via email about how the Fadda Affair fits into the whole of Italian history, how newspapers helped enflame the scandal, the role of Roman women in the spectacle, and the best novels about the “Risorgimento” period.

END_OF_DOCUMENT_TOKEN_TO_BE_REPLACED

book on the craft of beautiful and precision timepieces is out for the new year. PW requested a few photos from “The Mastery of Time: A History of Timekeeping, from the Sundial to the Wristwatch: Discoveries, Inventions, and Advances in Master Watchmaking” to share on its website. The photography highlights the fine details of these specially engineered items.  I know it doesn’t sound too exciting, but I think this is one of those books you could spend a couple of hours just savoring the pictures and picking up bits of history and trivia. See link for EPL books on timepieces.

Cameron McWhirter is a Winnetka native and a staff reporter for The Wall Street Journal.  In 2007, he was awarded a Nieman Fellowship in Journalism at Harvard University where he began work on his first book Red Summer: The Summer of 1919 and the Awakening of Black America.  Published in July, this well-researched history chronicles the explosion of race riots and lynchings that followed World War I and shook American cities from Charleston and Washington D.C. to Chicago and Omaha.  Both riveting and unsettling, Red Summer traces how this widespread violence gave rise to the NAACP and ultimately set the stage for the civil rights movement.  On October 16th Mr. McWhirter visited EPL to read from Red Summer, and as an encore, he recently spoke with us via email about the reaction to his book, the complex causes of 1919’s racial violence, why this important episode in American history has been is so widely forgotten, and what he hopes readers will take away from Red Summer.

END_OF_DOCUMENT_TOKEN_TO_BE_REPLACED 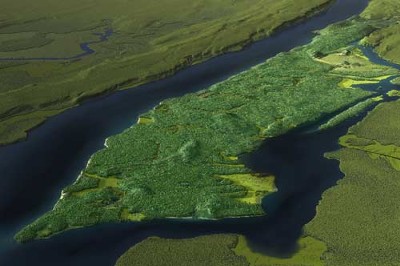 If the lush green island above looks strangely familiar, that’s because you’ve undoubtedly seen it many times before. Although if you’re having trouble placing just how you know this beautiful wild landscape, that’s because you’re probably used to seeing it look more like this: 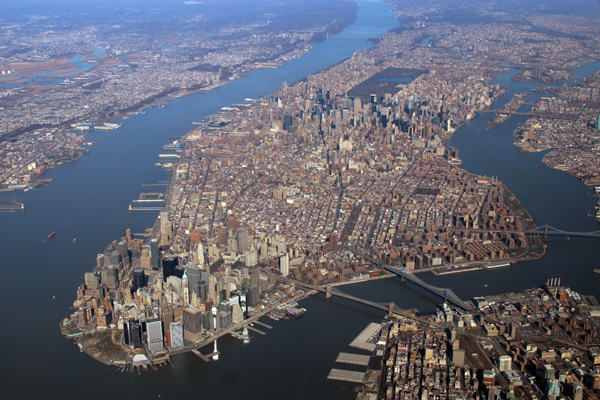 Of course you know that the second picture is Manhattan Island as it looks today, the bustling hub of New York City. But the first picture above is the same island, Mannahatta or “Island of Many Hills,” (as it was called by local Native Americans) circa 1609.

For the past ten years the scientific researchers at the Mannahatta Project have been painstakingly recreating what the island would have looked like prior to the arrival of Henry Hudson and his crew on September 12, 1609. When the New World came calling, the island of Mannahatta was an amazingly diverse and abundant natural landscape, with more ecological communities, plant species, and birds than today’s Yellowstone, Yosemite, and Great Smoky Mountains National Parks. In addition to housing numerous large mammals, fish, and other wildlife, the island was also home to the Lenape tribe of people. In the 400 years since Hudson’s arrival, Mannahatta gave way to Manhattan, cultural diversity replaced biodiversity, and economic wealth replaced ecological wealth as the land that once existed was rendered virtually unrecognizable. Until now, that is. Over the past decade, the Mannahatta Project has been digitally rebuilding the land of yesterday by analyzing soil records, geography, rivers and wetlands, maps, descriptions of long disappeared plant and animal life, as well as by studying the landscape of the island today. The project is extensive in its research and astounding in its results. 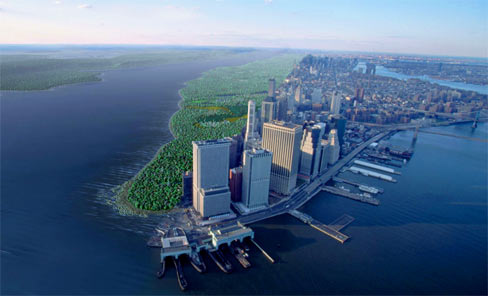 You can explore the island past and present in extensive detail in the new book Mannahatta: a Natural History of New York City. Inside you’ll find a full explanation of the science behind the project, detailed descriptions of just what the researchers discovered about the island, and a look forward to what Manhattan might look like 400 years from now. All of this is accompanied by numerous stunning illustrations of what the researchers believe Mannahatta to have looked like long ago, as well as amazing side by side comparisons of various spots around the city as they look now and how they would have appeared in 1609.

And for a more distilled and interactive look at the project, check out the very cool Mannahatta Project website. As the project researchers believe, by looking backwards into the past, perhaps we can glimpse a new ecological vision for the future.